An affiliate foundation can be fundamental to the vibrancy of a community or region. But in order to effectively improve its community, a foundation must be led by an active and passionate board. To recognize excellence in leadership of its regional affiliate foundations, the Community Foundation of the Ozarks presented awards to seven individuals during a spring meeting of affiliates on May 13. Typically announced at an annual conference in the fall, the awards were postponed due to the pandemic.

Board Members of Excellence

“Betsy is always willing to do the extra work,” said NVCCF Board President Greg Hoffman, who nominated Curtis for the honor. “She’s the first to step up to volunteer and does anything she can do to help make our foundation successful.”

“Sarah was the key fundraiser in the drive for Cabool to become a CFO affiliate,” said CCF Board President Kirby Holmes, who nominated Honeycutt for the honor. “She is a tireless worker with excellent computer skills and a publicity expert — all in all, an excellent board member.”

“After his term as board president ended, Danny didn’t slink off into the night, but instead took on the role of the GRO Carthage chairman,” said Heather Collier, CCF foundation coordinator. Lambeth was nominated by Collier, Jeff Williams and Chuck Bryant. “Danny has worked tirelessly to advance economic development and coordinate nonprofit services throughout Carthage.”

“No matter what the task, John is always willing and able to help,” said CACF Board President Skip Smallwood, who nominated Ryan for the honor. “I know he stays very busy with his legal practice, but always takes time for our community foundation.”

Beamer was lauded for her dedication and service to Dallas County. After stepping up to lead the board in the middle of a term, she quickly organized its members, engaged them with educational opportunities and recruited an advisory committee. Prior to serving as DCCF president, she founded the Dallas County DIVAS, a “giving circle” that allows professional women in the community to learn about and give back to organizations that are meaningful to them. She is described as a natural motivator and positive leader with a wonderful sense of humor.

“As her fellow board members tell us, Joy Beamer certainly lives up to her name,” CFO President Brian Fogle said. “Wherever she goes, she looks for ways to make a difference and shares why it’s so important to have an active foundation in the community. Joy’s heart clearly belongs to Buffalo and Dallas County.”

The Stanley Ball Leadership Award is presented to the president of one of the CFO’s 53 regional affiliate foundations. Ball, who died in 2015, was the founding president of the Nixa Community Foundation, the CFO’s first affiliate. He embodied the strengths of business, civic and philanthropic leadership working together to enhance our communities. The award is presented by the CFO and Central Trust Company, which manages the Stanley & Elaine Ball Foundation. It includes a $2,000 cash award for the DCCF.

For the past 11 years, Morgan has served on the board of the CF of WP in a number of capacities. During that time, the CF of WP has distributed nearly $2 million in community grants and scholarships. More recently, she helped launch the successful Rib Sale to raise funds for community grantmaking.

Morgan first became active with the CF of WP while serving as director of the Ozarks Medical Center Foundation where she launched the annual Blue Jean Ball, the highest-grossing fundraising event in West Plains. After briefly retiring in 2012, she now works as a financial advisor for VALIC/AIG Retirement Services. Morgan will begin serving her term as Chair of the CFO’s Board of Directors on July 1; she also serves on several committees.

“Robin brings such care and passion to her work to make West Plains and the greater Ozarks region a better place for everyone,” CFO President Brian Fogle said. “She exemplifies the qualities that distinguished Fred’s community leadership. We are grateful to benefit from her experience on both the affiliate board and as a member of the CFO’s executive leadership.”

The Fred Lemons Award is named for the late president of the Lockwood Community Foundation, who demonstrated remarkable leadership during his 15-year tenure until his death in 2014. Morgan is the sixth recipient of the award, which includes a $1,000 unrestricted grant to the CF of WP. 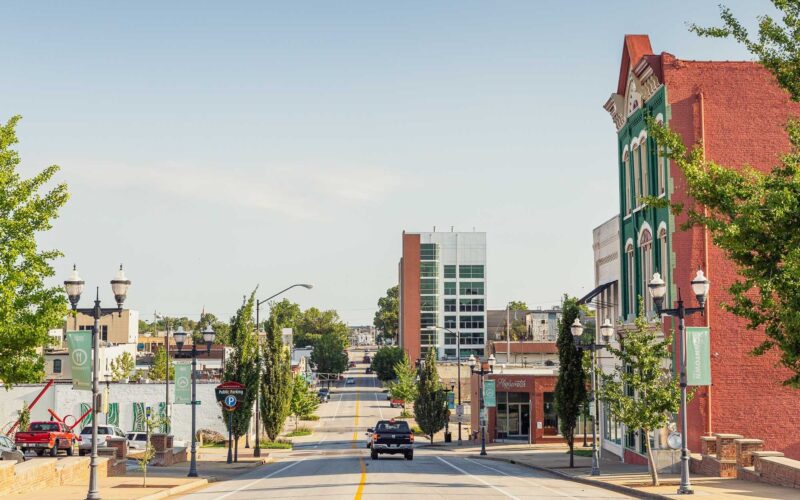 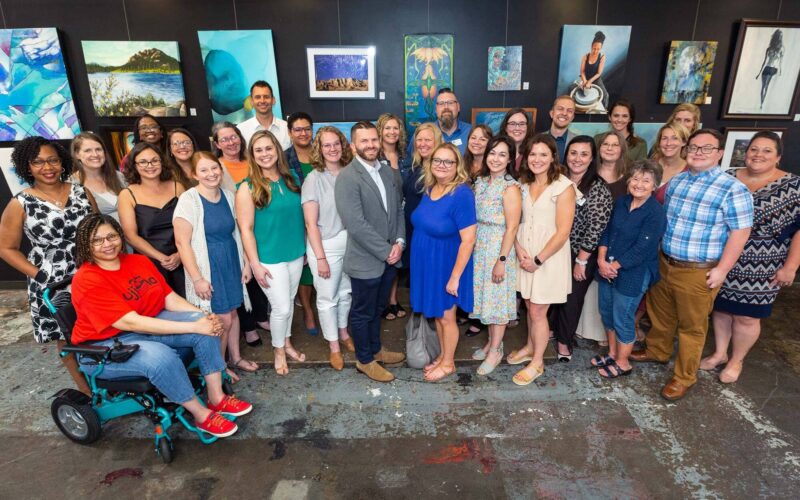