This is one story from a three-part series on senior centers in rural communities across the CFO’s service region.

A bright and airy center greets visitors to the Ripley County Senior Citizens Club in Doniphan, a county seat on the eastern edge of the Ozarks. But there’s a strong contrast between the recently renovated space and the vans parked out back, which are used to serve locals through the center’s Meals on Wheels program.

Ineffective gauges, worn brakes and a troubled transmission are only a few of the issues that plague the 17-year-old vans — and, as a result, the drivers and clients of the center. The issues complicate food delivery, and add ongoing expense to keep the vans on the road.

“Especially for in-home people, they’re not able to walk, drive or cook for themselves,” says Tina Sharp, leader of the center, speaking of the importance of its Meals on Wheels program. She notes that reality is important but difficult at times to deliver — literally and figuratively — because of the condition of the vans. 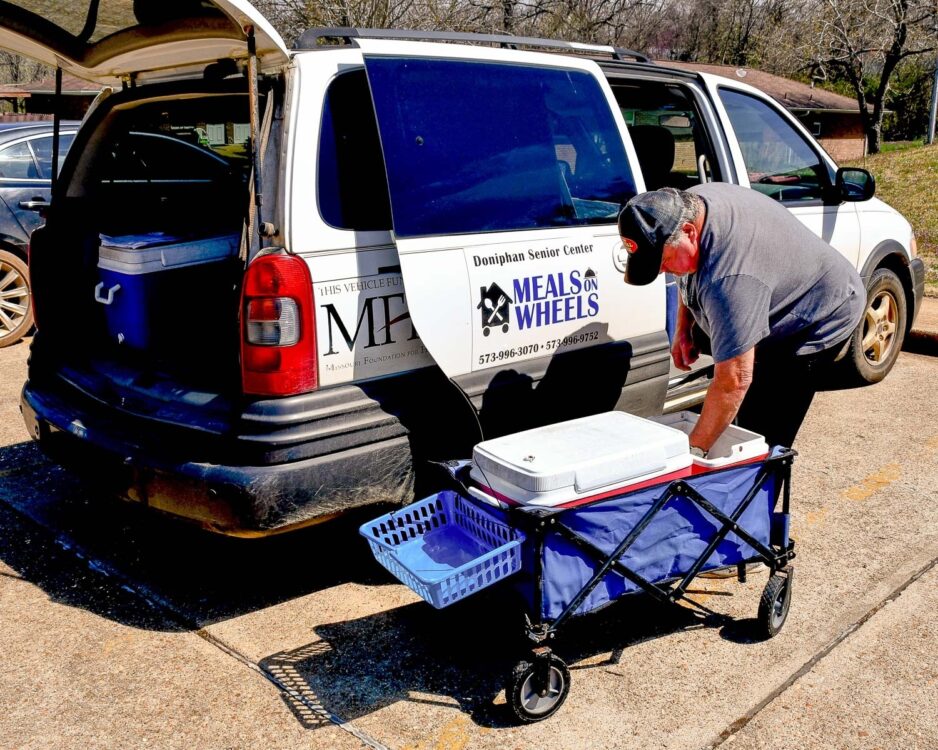 Mike Aaron, a driver for the Ripley County Senior Citizens Club, loads one of the agency’s aging vans with meals for delivery to clients. After years of service down the rough dirt roads of the rural area, the vans have become very costly to maintain.

“The county roads aren’t as nice as we’d like — a lot of potholes, a lot of flooding,” Sharp says. “The transmission, the brakes — we’ve been trying to repair them monthly, but because of the roads, they keep going out.”

“We’ve been putting more gas in them because the gauges don’t work,” and they don’t know how much is in the tanks, she adds.

Outside the center, Sharps’s sentiments are supported by Mike Aaron, one of the drivers for the program which distributes meals to approximately 85 people every weekday.

“None of the gauges work, and the brakes are terrible,” he says, bringing the whirring van to life.

After loading up coolers of food, milk cartons and fruit cups, he consults a sheet on a clipboard to see what the list looks like today.

Aaron came to this calling around a year ago after retiring from previous careers in social work and teaching. Despite the troubled vans, the job is a way for him to remain active, and serve the people who become more than stops along the way. 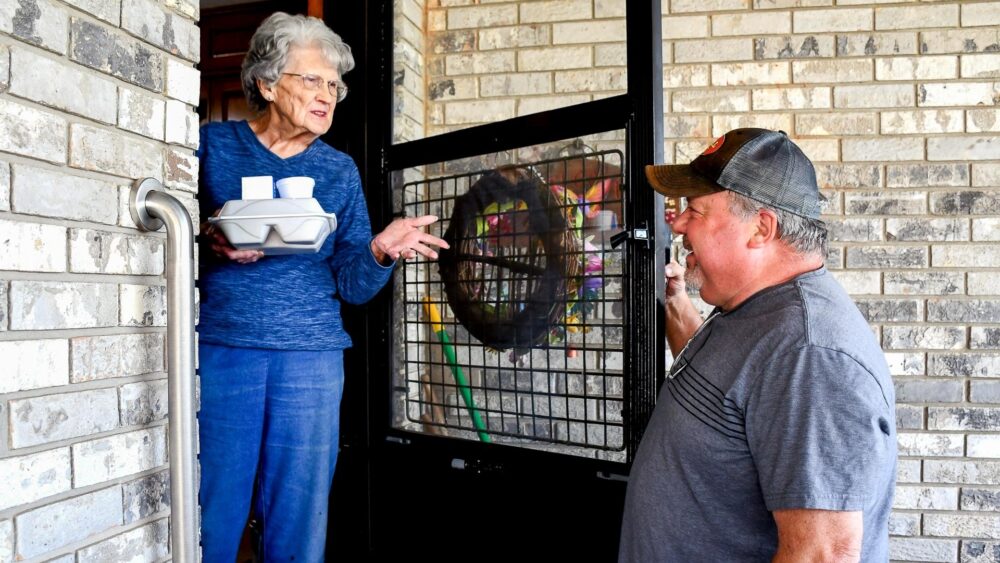 It’s clear that the people who see him daily feel the same.

“First of all, it’s him, delivering them,” says Mary Lynn, a Meals on Wheels participant for around a year, speaking of Aaron and why she appreciates his service. “I’d be very upset if he quits. I’m pleased with him and everything, and it really helps me out because I’m not really able to do anything.”

Such sentiments remind of the role drivers play in recipients’ mental well-being as well as nutritional needs.

“Sometimes I don’t feel like, you know, being able to do it. Not only that, but I don’t see that many people, so I enjoy the people that come over here even if it’s for a few seconds,” says recipient Sylvia Vinson. “My feet are beginning to turn. So there’s a lot of times, in my hands, that I can’t cook or anything unless I do throw something in the microwave. But it’s really been nice — like I said, there’s so many good people that work there, him especially.” 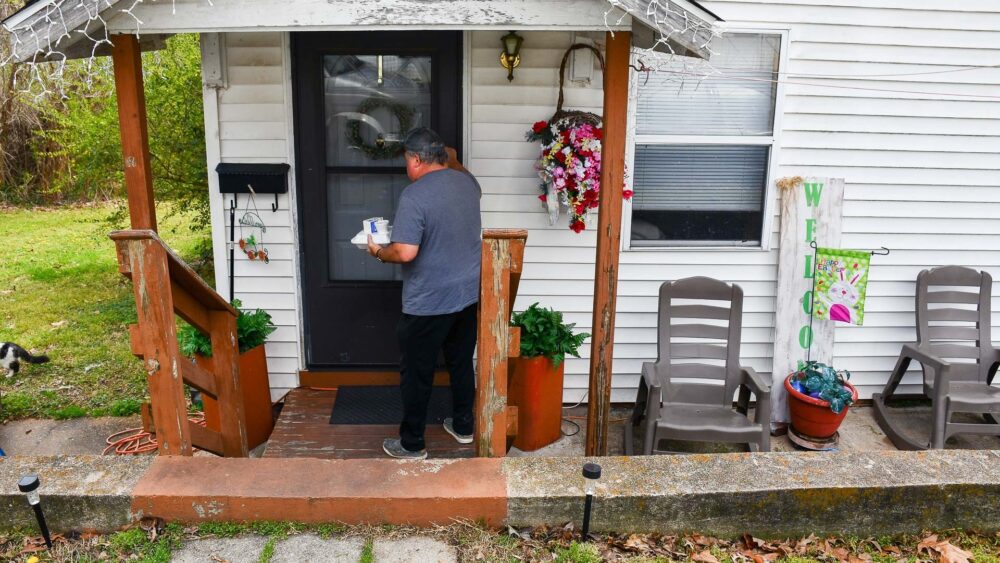 About 85 residents in and around Doniphan rely on the local senior center’s Meals on Wheels program.

Stop after stop after stop, meal recipients share similar reasons as to why they’re grateful for the service.

“It helps me have a meal before my caregiver gets here,” says another woman, sitting in a recliner in a darkened apartment. “If it wasn’t for Meals on Wheels, I wouldn’t have any food until like one, two o’clock. It makes a big difference. I’d go hungry because I’m going blind and I can’t cook.”

“Mainly because I’ve got where I can’t stand long,” says a man at another stop.

“This is a good program. I mean, old people need this program,” says a woman who lives in an apartment community where Aaron pulls a wagon of meals for delivery. “When I was first getting sick and I was still cooking, I burned up three pans of beans. Just went off and left them.”

Fortunately, the deliveries will continue in Ripley County now that help is rolling down the road: A $24,800 Coover Regional Senior Center Support Grant will allow the center to purchase two used vans for the Meals on Wheels program.