After a series of unfortunate events, endowment funding a ready support for Wright County Historical Society

Even after death, Clyde Rowen is helping history live into the future.

Rowen, who died in 2010 at the age of 93, was the first president of the Wright County Historical Society when it was founded in the late 1960s. He helped revive it in the 1980s and served as its leader for many years. He only stepped aside shortly before his death.

More than two decades after his death, his dedication and desire to be of lasting help offered a surprise to the historical society after an unfortunate series of events — featuring high winds, rain and fire — wreaked havoc on its local history museum.

Like the opposite of an early Christmas present, it all began in December 2021. Traci Bohannon, president of the WCHS, was settling down to make gingerbread cookies with her grandson when she got a call asking if she knew the museum’s roof was gone.

“I was thinking ‘shingles,’ because we’ve lost shingles before — it was an old roof,” she says. The history museum, located on the square in Hartville, is housed in a former bank that dates to the early 1900s. 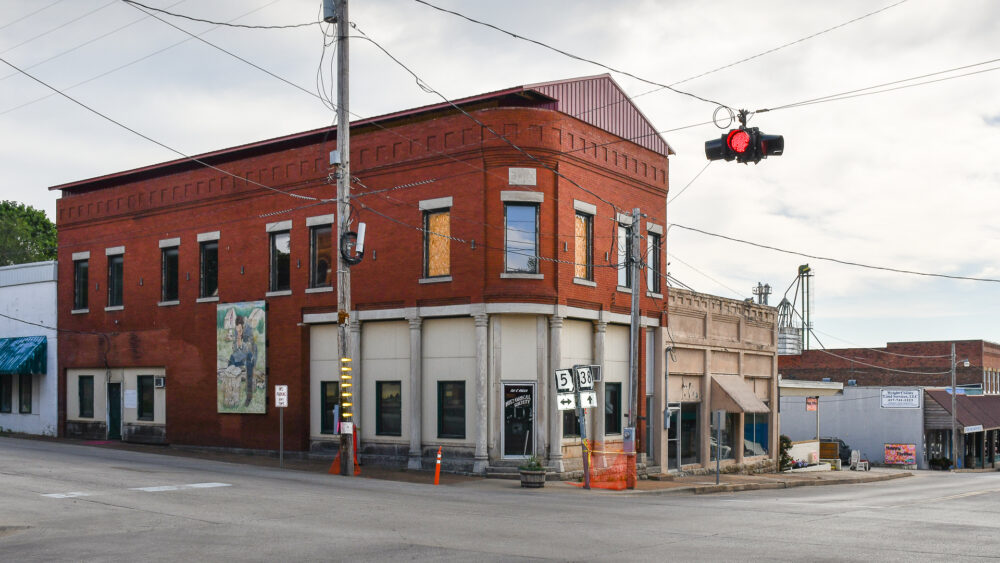 The Wright County Historical Society has long been housed in a former bank in Hartville.

A check revealed something much more significant: The pitched roof was gone, she says.

“The storms that did all the tornado damage in Kentucky — well, they formed here before they got there,” Bohannon says. “They came through and I guess a small tornado or really heavy winds took our roof off.”

At the time, it wasn’t great news, but also wasn’t necessarily a significant cause for concern. After all, the old flat roof was still there, which would seemingly hold until things got worked out with the insurance company to get the “real” one replaced.

That sentiment soon changed. Around a week later, Bohannon walked into the museum to meet someone who wished to purchase some historical books and products as Christmas presents.

“We got down here to meet, water was literally pouring in — just like there was no roof on at all,” Bohannon recalls.

Thankfully, the water resulting from heavy rains didn’t ruin the museum’s historical materials. But while surveying the damage, Bohannon saw some sparks and launched an effort to relocate items to a safe place until the problems were fixed.

“We got down here to meet, water was literally pouring in — just like there was no roof on at all.”

When his sister called, Bohannon’s husband stepped outside to take the call.

“I’m thinking it’s a family emergency,” she recalls. “He comes back and he says, ‘We have to go.’ People have been calling trying to find me, because the museum was on fire.”

The Bohannons hurried to the square, where fire departments from all over the county had been summoned to help, she says.

“They didn’t know what they were dealing with,” she says. “Apparently, it was in a little closet area in the back, an electrical thing. It had nothing to do with the previous damage, the fire guy and the inspector, and also my electrician, told me.

“They said if the roof hadn’t come off and if we hadn’t got everything out, we would have just lost everything. Because the fire would have happened, regardless of anything else that happened. So it was almost like a godsend having all these other headaches ahead of time because we didn’t lose anything.” 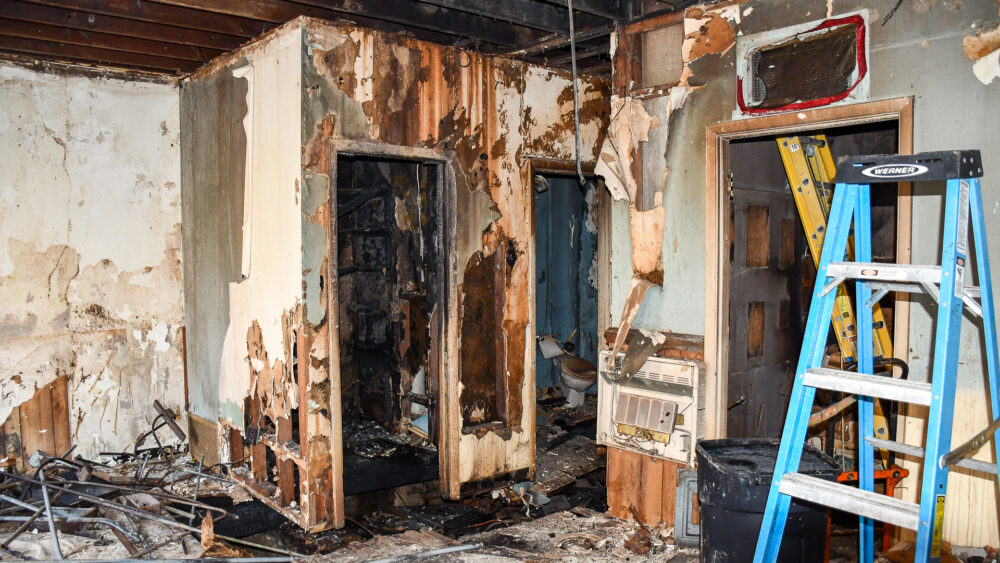 The fire began in a small closet in the back of the building.

While the museum’s collection was thankfully safe off-site, another question loomed ahead: How will the historical society pay for all of the repairs?

Insurance would help cover some of the expense. But considering the historical society’s limited income, money is tight, and the thought of additional funding would be most welcome.

“Our only source of income that pays our bills is publishing and selling books, and we’ve not done that since December,” Bohannon says. “We have an operating account, but when you go into something like this, there’s all these things that insurance doesn’t want to cover, and you still have to pay.”

If only there was money somewhere — perhaps some kind of “rainy day fund” — that could help the WCHS after not just rain, but wind and fire as well, had wreaked so much havoc upon its museum.

The power of endowments

As discussions evolved about how to cover expenses related to the damage, a board member recalled hearing about a fund that Rowen, the longtime historical society president, had set up many years before with the Community Foundation of the Ozarks.

“He just always was interested in history,” says Lois Bowman, vice president of WCHS and an old friend of Rowen. “The money that he did have, he wanted to make sure that it would go toward the historical society. You know, to help out there.”

But beyond Bowman’s recollections, details about the fund were scarce. 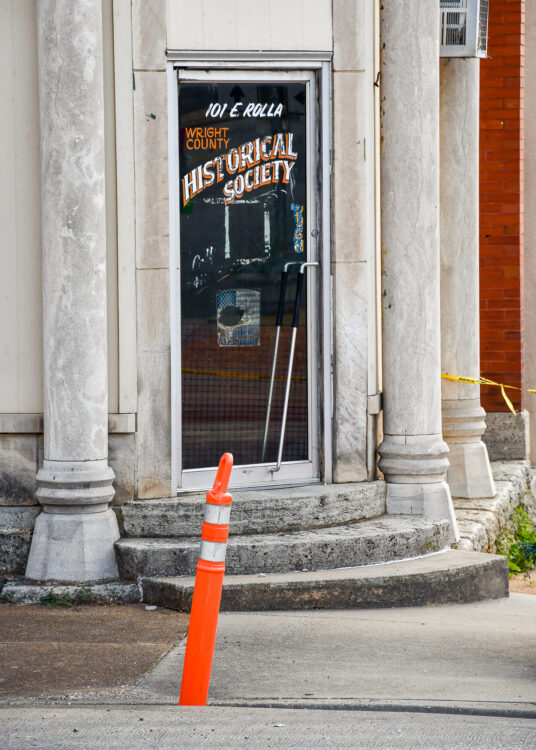 After work is complete, the historical society will return to its longtime home.

Upon investigation, the historical society discovered that Rowen had established a permanent endowment in 2007. Over the years, the Rowen’s gift accumulated investment earnings and, by 2022, had generated more than $25,000 for WCHS to use as needed.

The CFO offers several endowment options for individuals, families and nonprofits that wish to ensure future funding for beloved nonprofits, projects and community needs. Gifts to an endowment are not spent, but instead added to its “corpus” or principal balance. Those monies are invested, and as the principal grows along with the market, 4% of the fund’s balance is made available for grants each year into perpetuity.

For the WCHS, the grant from the endowment will be used to pay for required costs beyond what insurance would cover for the new roof, electrical system and necessary interior improvements. Any remaining money will be placed in a savings account for future needs.

“It was a real blessing to find out that we had this money because we didn’t realize it,” Bohannon says.