An Anniversary with Impact

With an online giving day and significant surprise grants, Carthage Community Foundation celebrated its 20th anniversary doing what it has done best for two decades: improving life for everyone in the Jasper County seat.

Established on May 24, 1999, CCF has long been one of the largest foundations in the CFO’s affiliate network. What started with a $1,250 donation has grown to more than $8.4 million dollars today. That generosity has flowed back into the community through more than $7.1 million in grants and distributions.

To kick off the celebration, CCF held its fourth Give Carthage Day on May 7, an online giving day that raised more than $71,500 for 14 local agency partners. Across the 10-hour campaign, Give Carthage Day projects received more than 300 online donations, bolstered by matching gifts from the Marsh Family Foundation and hourly prizes supported by CCF and the CFO, the Colossians 3:17 Fund, and several area businesses. 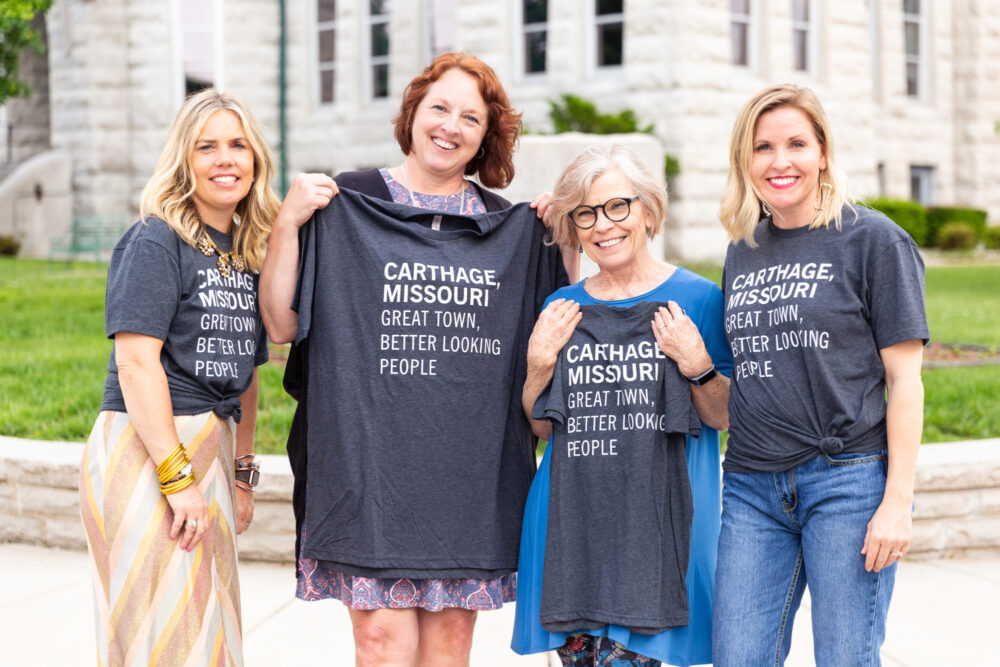 At the culmination of Give Carthage Day, Heather Orscheln, far left, and Kate Putnam Lasley, far right, of Revel Boutique awarded the Spirit Award to two agency partners for best use of social media. In addition to the prize money, Kim Hoover with Bright Futures Carthage and Alice Lynn Greenwood with artCentral took home these “bettering looking” t-shirts.

“This year we had a couple organizations step up and offer great matches, and Revel Boutique donated a portion of the sales from their shop,” said Danny Lambeth, CCF board president. “Give Carthage Day has been a very visible way of getting more people involved in philanthropy.”

The foundation also conducted its spring grantmaking cycle in May, but took a bigger, bolder approach for its anniversary.

The foundation also went about the presentation of those grants in a different way. In the days leading up to the official anniversary date, CCF board members went on-site, unannounced, to surprise the recipients with grants that will improve the lives of area residents young and old.

“The guys that started this put us in a great position moving forward. Now, our task is to get the next generation as fired up about philanthropy as our founders.”

Area Agency on Aging received $10,000 to replace kitchen equipment at the Carthage Can Do Senior Center, which prepares more than 20,000 meals a year for center visitors and Meals on Wheels.

Finally, in front of a school assembly, Carthage Junior High School and teacher Renae Brownfield was presented the grand prize — $20,000 to fund the Feed the Need STEM Project, which uses growing towers to produce healthy food to share with students and the community, tying in with the ongoing HERE 4 Carthage initiative. 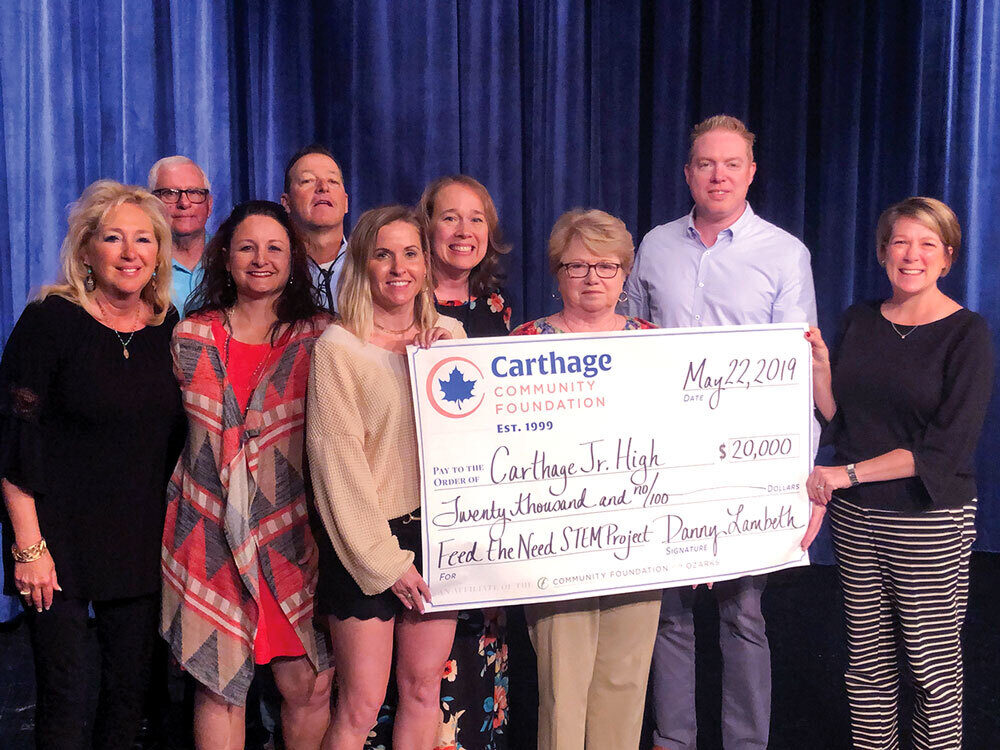 Lambeth credits Heather Goff Collier, CCF’s dedicated foundation coordinator, for both the success of the anniversary celebration and the foundation’s continued growth. “Without Heather, we wouldn’t be able to do what we do.”

CCF is now planning its fifth Give Carthage Day for 2020 and looking for innovative ways to inspire giving in the future.

“The guys that started this put us in a great position moving forward,” Lambeth said. “Now, our task is to get the next generation as fired up about philanthropy as our founders.”