Program officer Gary Vernon shares the foundation’s efforts to develop northwest Arkansas into “the center of the trail universe” for mountain bikers and cyclists.

Vernon: A tenfold return on investment for trailbuilding

Arkansas has long staked its claim as the Natural State, with plenty of jaw-dropping vistas, scenic back roads and the beautiful Buffalo River. Developing those public assets into a national destination by building hundreds of miles of mountain bike trails is the very definition of placemaking.

This example, from an area so familiar to Missourians who venture south of the border for floating, hiking and visits to Crystal Bridges Museum, resonated with donors and community leaders who attended the CFO’s quarterly Donor Education lunch meeting on March 2.

Gary Vernon, program officer at the Walton Family Foundation, recounted how northwest Arkansas’ system of mountain bike trails grew from five miles in 2007 to about 150 miles today. Those trails, along with other projects that are nearing 1,000 miles statewide, make up a network that puts Arkansas on footing with areas like Moab, Utah, and Whistler, British Columbia, for mountain bike enthusiasts — the benefits of which will last into perpetuity.

“When we build trails, that greenspace is preserved forever,” Vernon says. 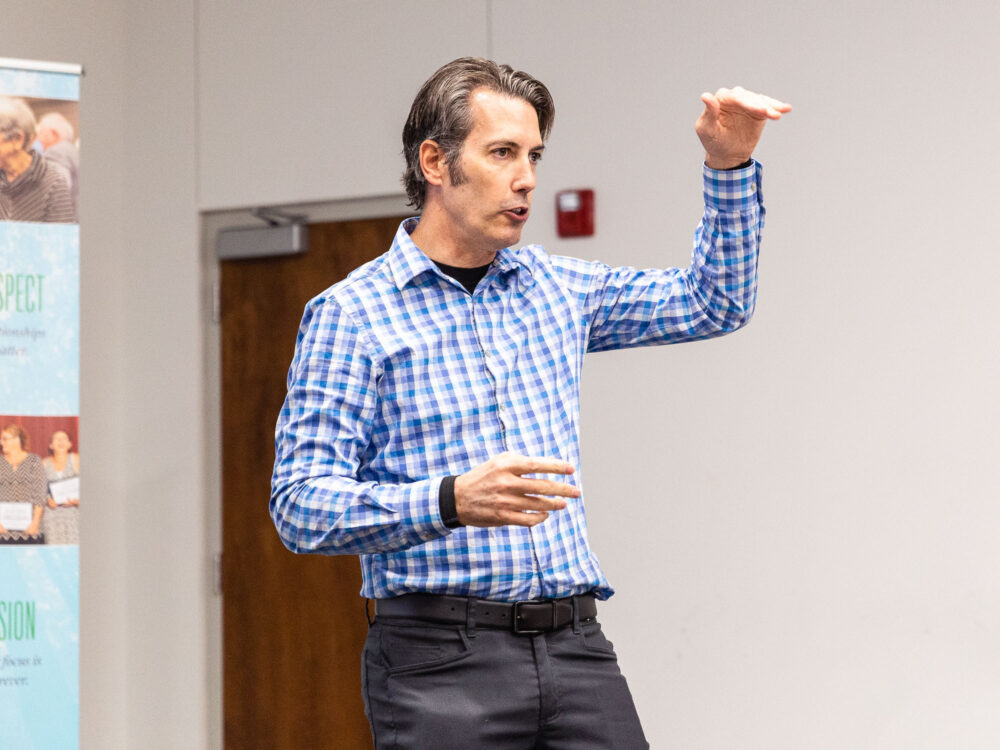 A longtime mountain biker himself, Vernon now works a dream job fostering public-private partnerships to promote the trail system for benefits ranging from eco-tourism to healthy lifestyles. “It gets kids off their screens,” he says.

The CFO invited Vernon to speak at this donor education session as a follow up to its first-ever Philanthropy Summit in October, which explored how philanthropy can support larger-scale community development activities. It’s the first of several upcoming programs focused on different approaches to accomplish big goals through public and private collaboration.

He credits Tom Walton, grandson of Walmart founder Sam Walton, for this area of focus for the family’s foundation.

“(Tom) started this as a trail in Bentonville to give something back to the city,” Vernon said of the network that has now grown into an annual economic impact of $137 million for Arkansas. 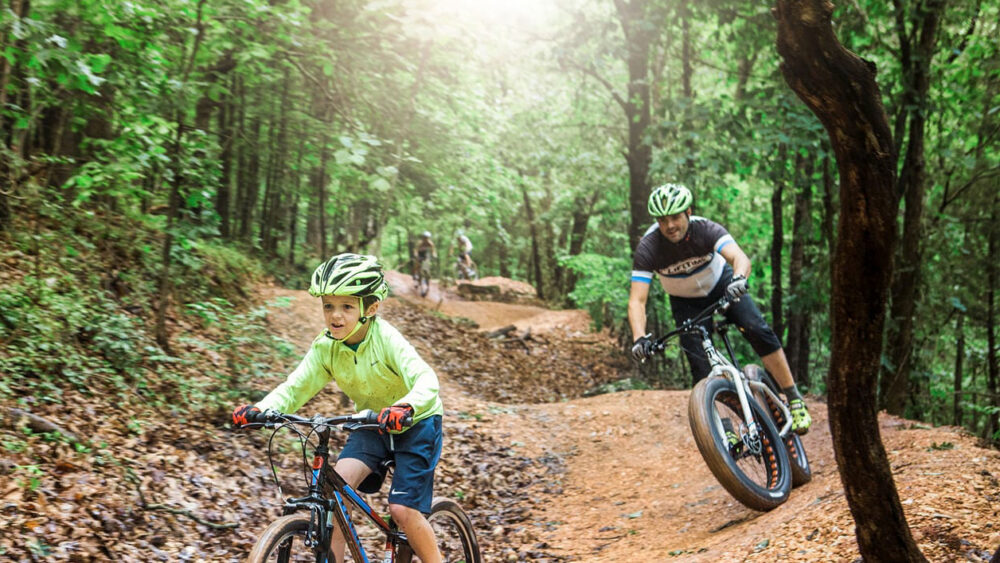 “It's more important to make a beginner trail system that everybody can use and have fun because that’s your 80 percent,” says Gary Vernon. (Photo courtesy northwestarkansas.org)

He cited five principles to succeed in intentionally focusing on place to create a world-class destination:

Vernon noted that placemaking, coupled with the affordable cost of living for the region, has great potential for economic development.

“Why would someone open up a cycling company in southern California where you have to pay three or four times the rent and your workers can't afford to live there?” he asked. “Come to Arkansas. Come to southwest Missouri and enjoy the trails.”

Learn about the Philanthropy Summit