“It’s just something you do.”

Roy Hardy Jr.’s life has changed remarkably in recent years — two undergraduate degrees, an MBA, a new job, a new house, a wedding — but one thing has remained the same: his dedication to community.

“Springfield has been my community forever — it’s all I know,” he says. Born and raised on Springfield’s northside, giving back has always been important to him.

“It’s just instilled in me. I owe a lot of that to my parents — we did a lot of volunteering with our church growing up,” he remembers. “It’s good manners, it’s helping your fellow neighbor. It’s just something you do.”

He first became involved with the CFO in 2011 as a sophomore at Hillcrest High School. With that inherent sense of service, he was a natural fit for the Youth Empowerment Project, which introduces students to the tenets of philanthropy through fundraising, volunteering and grantmaking. 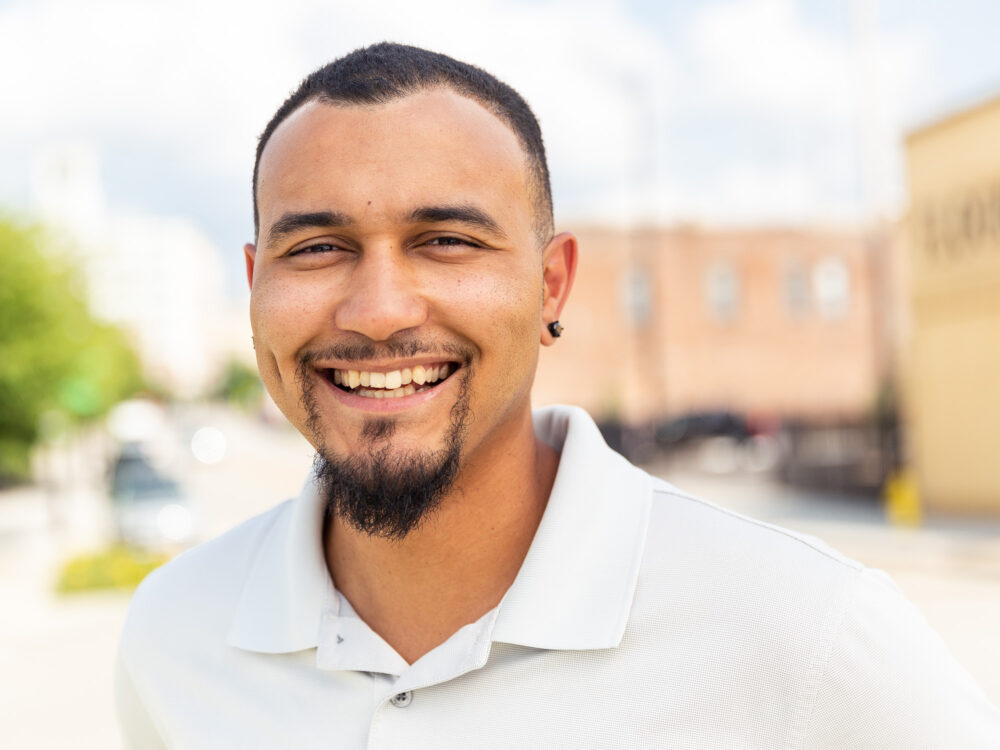 Roy Hardy Jr., a recipient of the Henry J. and Lucille J. Straus Scholarship, views his service on the CFO’s Scholarships selection committee as a way of giving back. “It’s just something you do,” he says.

“We would all sit down in a room and have 20 grants that we wanted to fund,” he remembers. “That was my first economics lesson — limited funds, yet unlimited needs. How do you make the best ethical choice? It was an eye-opening experience.”

His YEP chapter also took part in the Photovoice project, in which students were tasked with documenting scenes of Springfield from their own perspectives.

Hardy’s group captured the winning entry, showing an image of the northeast corner of College Street and Campbell Avenue in the heart of downtown Springfield. At the time, the corner was a cluttered, fenced-off lot used as a catch-all space for downtown construction projects — a contradiction to the large, colorful mural that decorated the building behind it. Their image focused on the gray barrier of the fence instead of beautifying artwork.

Today, that corner is now clean, open and includes a rotating installation of Sculpture Walk Springfield. “I think something was done about it because of our photo — that was a cool feeling.” 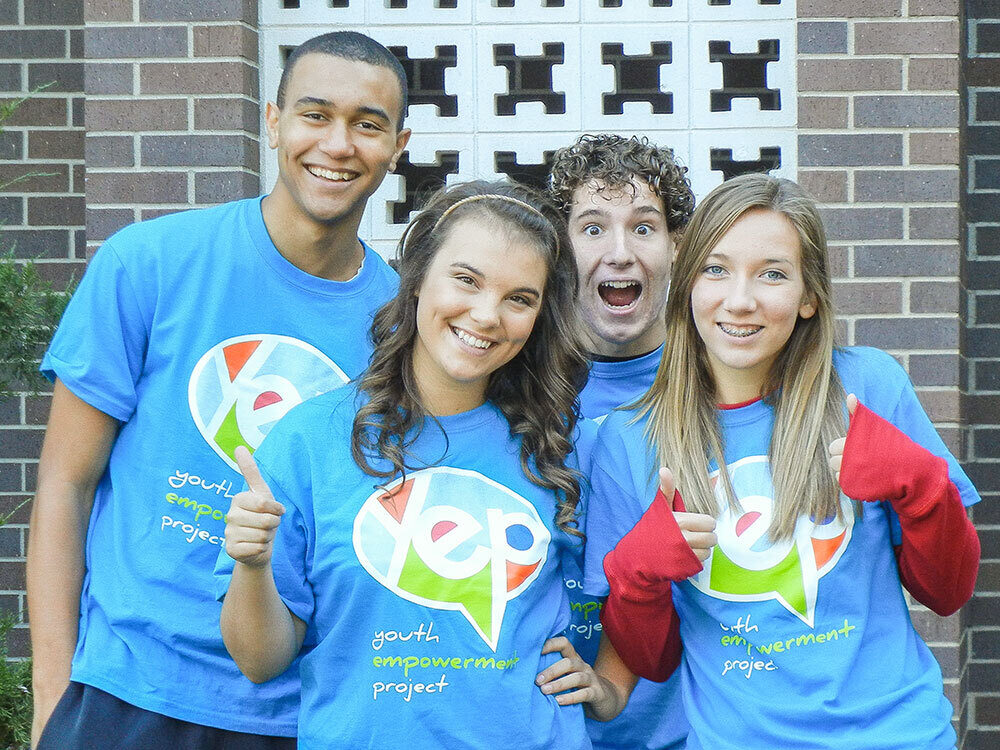 Hardy was a student at Hillcrest High School when he first became involved with the CFO as a member of the Springfield City chapter of the Youth Empowerment Project.

As high school graduation approached, his mother encouraged him and his older sister, Deidre, to apply for scholarships through the CFO.

“Coming from a middle-class family, there wasn’t going to be much help with college,” he says. It was up to him to find a way to afford higher education.

A talented athlete and part of Hillcrest’s basketball program that finished runner-up in the state in 2012, Hardy considered an athletic scholarship at University of Missouri–St. Louis. “I could have gone to college to play basketball, but ultimately, it was the Straus scholarship that kept me in Springfield, kept me in the community.”

The largest scholarship administered by the CFO, the Henry J. and Lucille J. Straus Scholarship Fund now awards a renewable $6,000 a year to more than 50 students attending private universities. Both he and his sister received the scholarship, enabling them to attend Drury University. He graduated in 2017 with degrees in finance and economics, a minor in entrepreneurship, and little student debt.

“I’m extremely grateful — I owe a lot to the CFO,” he says. That feeling of obligation is what led him to join the scholarship selection committee this year, even while pursuing an MBA at Missouri State University. Considering his own experience, he recognizes the gravity of choosing the most deserving applicants.

“The essays say a lot, but a big deciding factor for me are the reference letters — has this kid had an impact on the person who is writing on behalf of them?”

Between the essays, reference letters and transcripts, there is a lot to consider for each application, and his group reviewed about 160. Luckily, his job as a power marketer for Associated Electric Cooperative Inc. has a rotating schedule. “When I was on the night shift,” he says with a laugh, “I was able to knock out a lot of those applications.”

Despite the long nights, Hardy has already pledged his service to the committee for next year. “It’s the least I can do to give back, and I’m glad I can be involved.”